Video Game Criticism is an endurance art video where I work through my list of top favorite/best video games of all time through one hundred (100) push-ups. 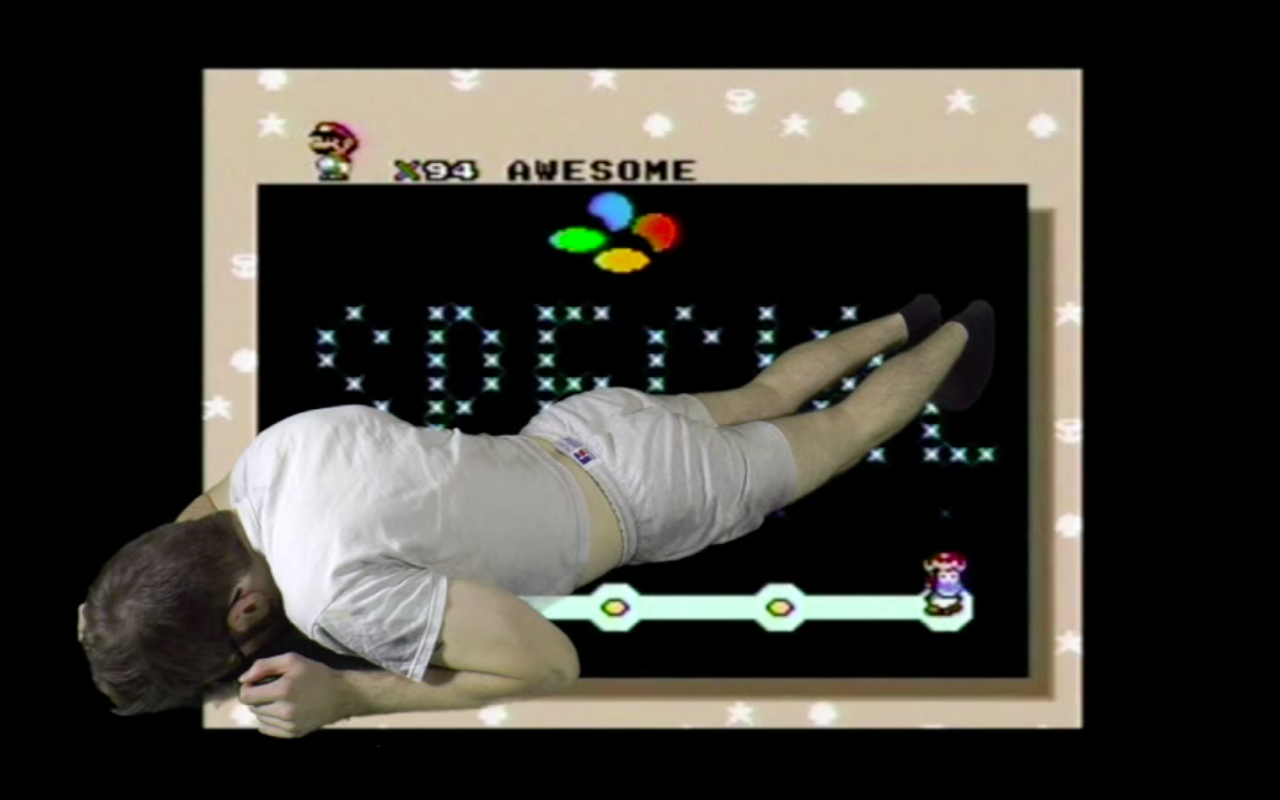 This explicitly male, probably millennial ego that commands an intimidating amount of knowledge of the medium acts infallible to the point of physical exhaustion, spiritually worn-out. This is a dead end.

I seek to embody and embrace a thoughtful criticism through autobiography that is well-rounded and interdisciplinary. Who is writing this criticism? How is it being recorded?

With Video Game Criticism, I say the opposite of what I mean.

Still, my list and the pervading Top Games Lists value that exists in game culture/literature are true and of personal interest. They build toward a game canon, and game journalism/review is so closely tangled with game history and game criticism.

Do we speak of games in a godless way?

Should I tug-of-war Super Mario Bros. until it is a lit argument? Or will it always only be a very well-designed toy churned out by an industry, not a portal into an ecstatic dream gifted by a philosopher of play? I dunno, man, it sold like a million copies..!

These games that I truly love even under scrutiny, thousands of hours that have shaped my aesthetic and narrative values, have already destroyed my body. I can no longer hold a Nintendo 3DS, my back hurts during Dragon Quest XI, even in bed. This is a pain I work through.

Chosen arbitrarily, the video game footage of the void allows a new poetry to arise, a poetry that is already there in the games but here is highlighted. When an NPC in Final Fantasy VIII exclaims “I CAN’T BREATHE,” for instance, and I’m gasping for air, dead, that is a nice moment. My suffering heightens the suffering of the gibdo infested town in Ikana Canyon, heightens the peril of an encounter with Sephiroth, parallels the inane backtracking quest-madness of the minutes long Final Fantasy XII footage present. These sequences of game poetry are already inherent in these works. A gaming mindset forgoes them, and an artist’s critical eye rejects them.

The game footage presents an obviously lopsided (personal) but reasonable history of what games look like circa 1985 through 2010. Combat sequences make up a good chunk of the footage. Most of it is from a top-down orthographic view of a 2D JRPG. Less than ten have explicit female protagonists. There’s a lot of Mario and Zelda, a lot of Nintendo, a few transactions (usually the purchasing of weapons). There’s some text, much of which is legible. Grand Theft Auto and the Sims, the two video game darlings of game criticism, are not present (though I enjoy the Sims from a gameplay perspective and GTA from an aesthetic perspective).