What started as a ROM hack tutorial turns into a cautionary tale of predatory nature and stupid male sexuality. A difficult work I don't feel comfortable with.

I have for many years had a close relationship with ROM hacks, and could cite my discovery of Dragon Pervert almost now two decades ago as the beginning of my career as a game artist and scholar. To creep inside the very world axioms of a game to change it with your artist's hand is a powerful act, and the range of ROM hacks varies between useful hacks, translations, to bad hacks, bathroom graffiti. Some bad hacks are metaphors, some are not.

What arises here is an examination of the ROM hack as a means to get what you want. The project gives the viewer the power to manipulate the game world in such a way that they will receive (?) a level of bodily gratification, forcing themselves through the very data into Brock's pants. The project itself insists that changing the text "FIGHT" into "FUCK" is a path toward non-violence, but perhaps we know better... perhaps the hack is fanslash and nothing more. 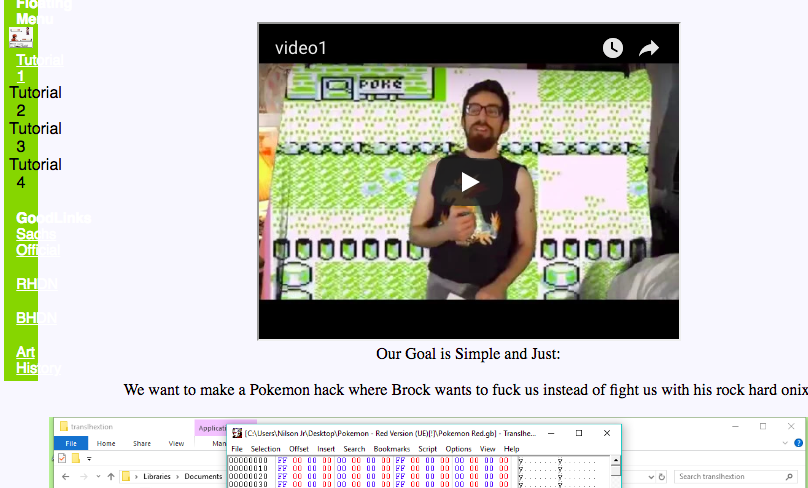