This installation is an inversion of the project Untitled Dating Sim, a video game in which the audience dates three iterations of the artist. Whereas the dating sim was an exploration of tangible themes through everyday, mundane scenes, Boy's Curse/Boy's Blessing illustrates thoughts and questions that are far more ambiguous and uncomfortable. 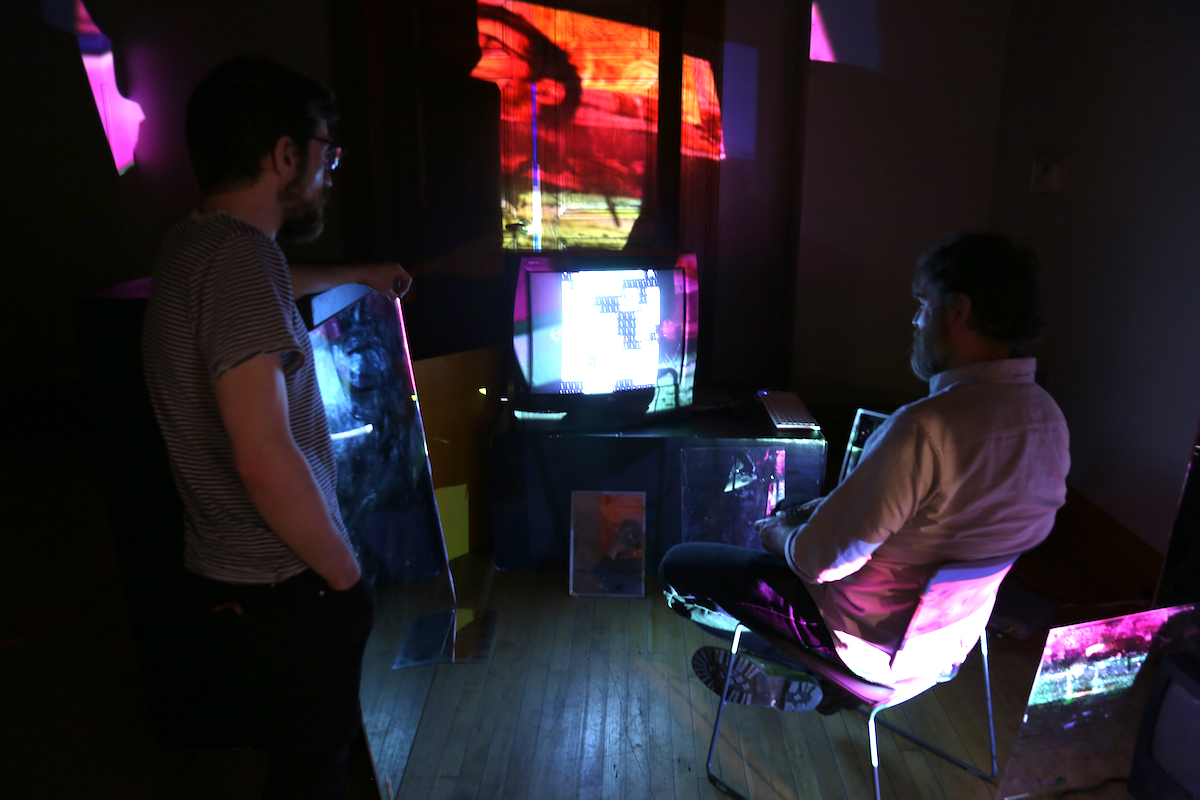 This project exists as the materialization of internal conflict aestheticized as video game installation. A Boy is in a constant state of stasis threatened by transformation/chaos (maturation). It is subjective which state is the curse and which is the blessing. 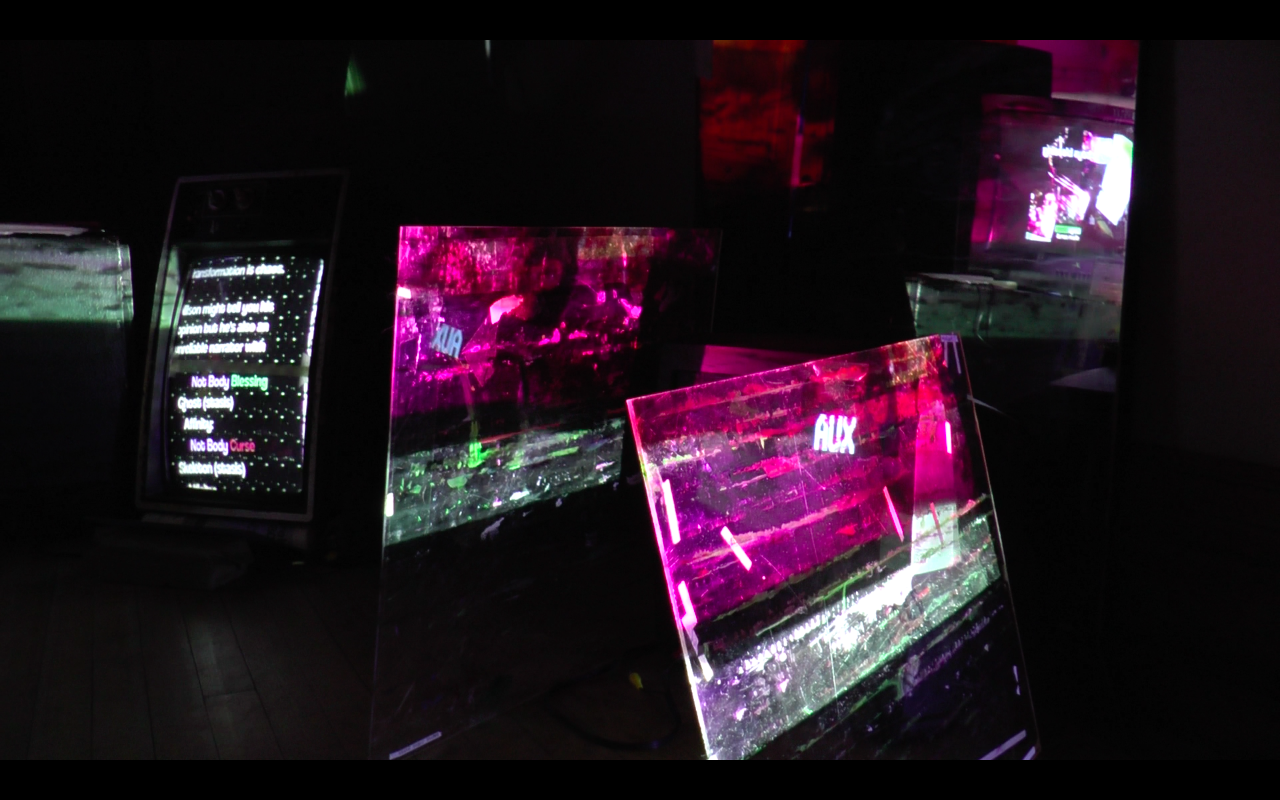 The installation includes the fully playable puzzle game with four scenarios, a monitor (void) scrolling through various definitions, questions, and incantations, and a video loop projected over the entire area. Mirrors are used to erase the distinctions and boundaries between player, monitor, and the body of the artist being projected. There is a sense of scrolling and uneasy movement. 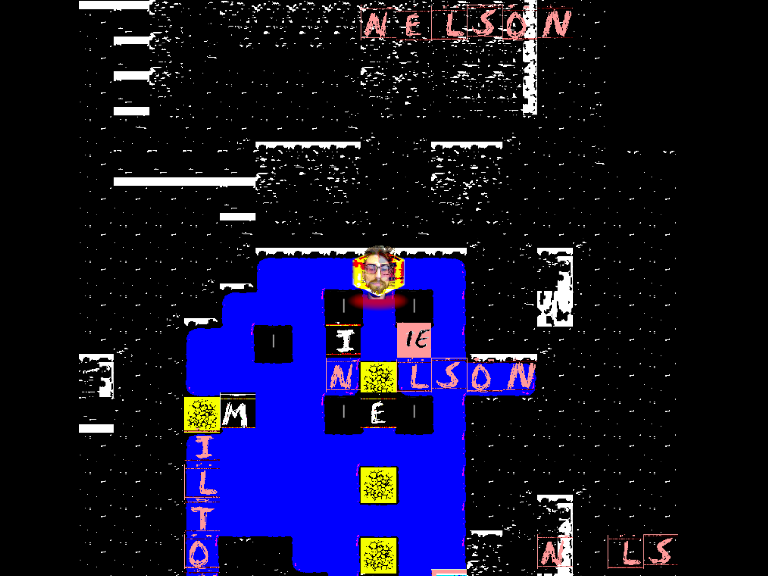 The four scenarios pose questions about identity, intent, interpretation, and memory of the artist and those around him. Scenarios are activated through a block-pushing puzzle aestheticized by mis-spellings of my name (Nilson... Nielson, Nelson, and Milton). Each scenario's puzzle gives the player a task: for instance, Nielson wants to be a successful (sexy?) artist, so help him allocate Six Pack Ab blocks into his artist slots. 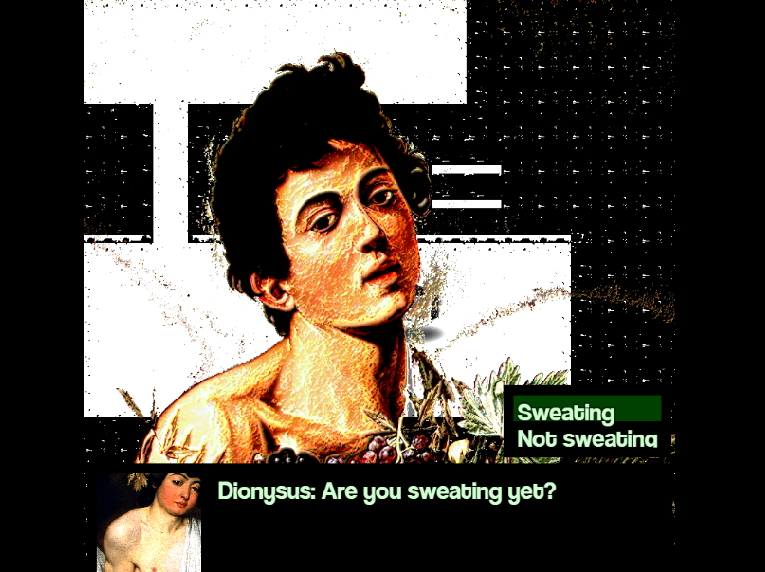 Akin to Joe Brainard's I Remember, the projected video loop's audio poses question after question, and statements of remembering and forgetting truths. Topics and specifics filter in and out of the space, only to emerge later in-game for the player to reconsider (or not). While the game is guarded and steeped in cool abstraction, the loop depicts my face, voice, and body, splayed out onto the installation space, a kind of vulnerability. 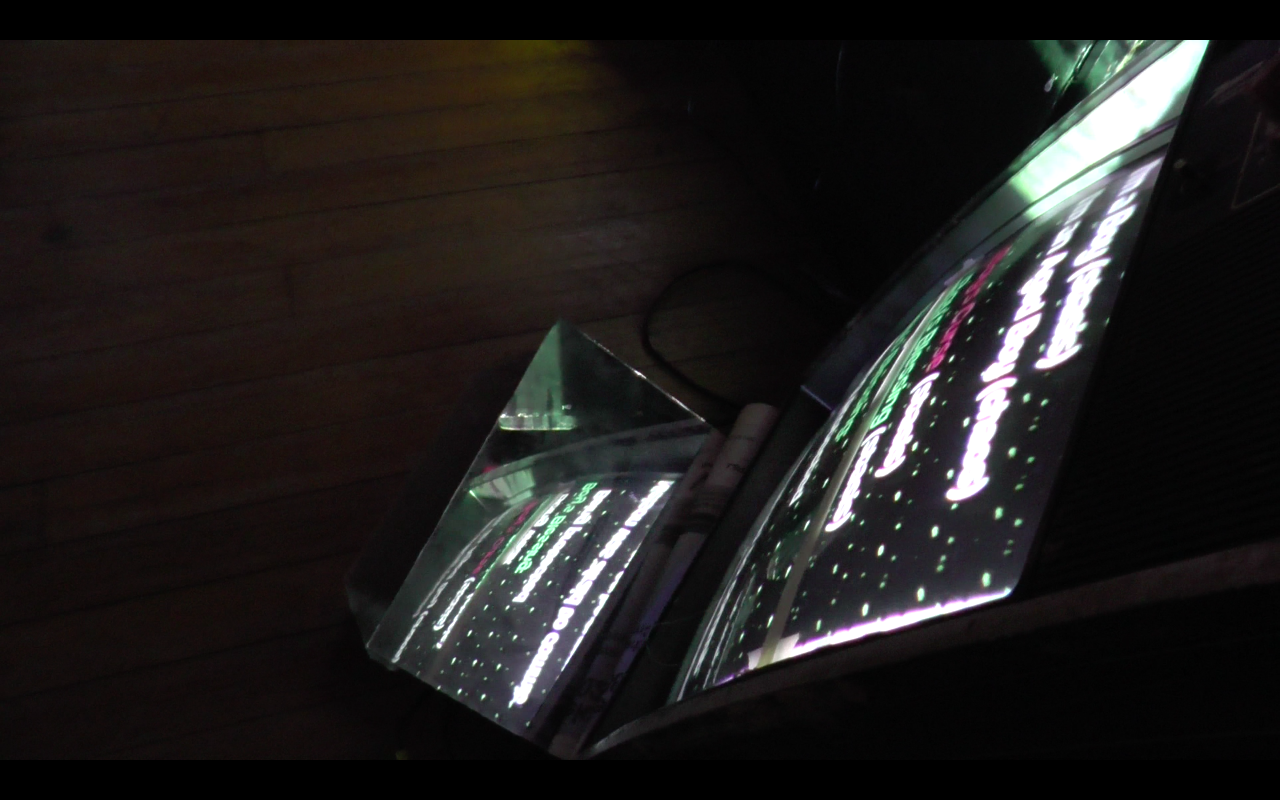