Finding a Use for Roger Callois in regard to Video Games

Roger Callois seeks to divide and classify games into four fundamental qualities in order to get at the heart of play.

Agon, or competition (skill based)

Mimicry, or role-playing (from doll-playing to theatre)

Throughout Man, Play and Games (1961), Callois gives examples of each, discusses how they relate to culture, and, most interestingly, pairs and relates them to each other. Agon and alea go together, he writes. We can imagine a card game like poker, with its shuffled cards adding randomness to the strategy it requires (is there a strategy to winning poker?). Mimicry and ilinx are also paired neatly, and Callois relates them to the Dionysian “cultures” that engaged thoroughly and seriously with masks and voodoo.

Offered within the book is a useful chart with lists of games and other social activities that fall under these four categories (the chart also ranks these items within each category by relating to Callois’ other terms, paidia [unstructured play] and ludus [games with rules], which also oppose each other neatly). I won’t reproduce the whole chart here but it struck me as a useful exercise.

How do video games fit into these categories? They are agonistic by nature, full of (designed and sometimes basically random) chance, are intertwined with role-playing and simulation, and, while perhaps a degraded, small form of it, video games are easily of the sublime terror, trance-like states, and sweaty palms. Callois insists on his binary pairings, but video games seem to engage simultaneously with all four categories.

Nilson: “Oh, wow, so Callois must be really shaking in his boots now that he knows that I know more about video games than him, huh?”

But video games aren’t uniform in content and aren't mostly in form. I would like to examine and rank a few games of different qualities based on these values and see if I learn anything.

I’ll start with Tetris Effect because I just received the game in the mail today. It’s Tetris, but a gorgeous version of Tetris, with responsive (sometimes goofy) sound design.

• There is chance in Tetris in what block falls next. This is essentially the entire game. Alea 9/10

•Tetris Effect has no narrative, no simulation. The player is you, and then even barely. Mimicry 1/10

• Tetris, especially when it is difficult, is the most ecstatic type of video game. A true trance. Ilinx 9/10 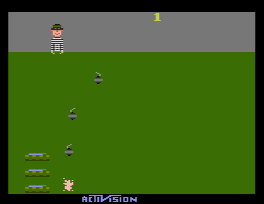 Kaboom! (1981) and many abstract puzzle or arcade action games would score similarly to an iteration of Tetris except that Kaboom! has little random factors and is more based on a player's skill. A game like Breakout (1976) has zero random factors and in theory is entirely based on skill and in-game physics.

My go to game to speak about questing, sacred mystery, good and evil, and gnostic game mechanics blah blah blah.

• Ocarina is an action-adventure game, with lots of combat, tricky puzzles, and mysteries to overcome. Agon 10/10

• Alea is trickier. What is chance in a game that is designed by designers, but in which the player is not made aware of all the traps and tricks ahead. There are RPGs where the player encounters random numbers like hit ratios, or enemies that behave randomly (I think of the boss from Dragon Quest II that can heal all its hit points at any time in the battle), but Ocarina is not quite like that. Alea 4/10

• Ocarina features a silent protagonist, which sometimes works in favor of role-playing and sometimes against it (depending on one’s personal baggage). But it’s all about the quest, the highly dreamlike adventure. There’s not a ton of text or plot, but playing through the game is an act of digital theatre. Mimicry 7/10

• If one allows oneself to feel the energy of this game, there is something truly heightened and tragic about it. Fighting bosses is ecstatic, fighting Ganon (an overwhelming evil) as the world crumbles is a heart-pounding experience. Ocarina’s aesthetics elevate its ilinx quality, the foreboding and heroic music, the dramatic shifts in moods via visuals. This may be the most effective exercise of the RPG myth. Ilinx 8/10 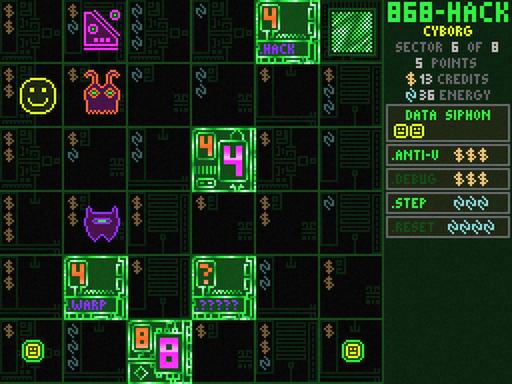 I could make up more rankings, but I’m not sure how illustrative they would be. An open world RPG like Skyrim might get a higher score in mimicry, for instance. A very story heavy RPG like Xenosaga is 100% theatre, with or without the player. Does it receive the same score, despite its fundamental difference with Skyrim? I may rank BioShock an 11/10 on the mimicry scale, as the player character and the player have a mysterious relationship, that they are in a similar headspace. Maybe I can claim that Firewatch gets a point or two higher in mimicry than Kentucky Route Zero. Is the mimicry lower in Super Mario World than in Ocarina of Time, but the agon is slightly higher? Probably?

Roguelikes, which feature completely random dungeons and enemies, games where one randomly generated bit of math could ruin it all, may be the rare agon 10/10 and alea 10/10 combination. They exist as a kind of RPG slot machine, and designing one well seems like a great game design feat.

Let’s look at one more:

This open-world, critical darling generates endless fascination and debate. It’s safe to say while I’m interested in the game, I have little childhood nostalgia for it *cleans glasses*.

• An open-world game that features missions and a storyline but is designed to really just be an excuse for unstructured (paidia) mayhem. I would put the agon rating low here. Agon 4/10

• How does chance play into GTA? It’s equations are pretty straightforward (cause trouble, the police come), nor does the game hold much mystery. Alea 2/10

• Simulation is what GTA is about. It’s a creative sandbox with a few toys to work with, some physics to bend, and a handful of rules to subvert. Game critics love to bring up GTA due to its 10/10 mimicry rating. This is what makes the game special, its moral ambiguity, (and therefore) its nihilist bent. Vice City is now a bit older, and players don’t have too many options in the ways of “doing whatever they want,” yet the simulation is at an unparalleled high for an action-adventure title. In spite of this, it’s worth noting that although protagonist Tommy Vercetti’s body merges with the mind of the player, the game’s basic dissonant values disallow us to truly empathize with him… in some ways, we will feel closer to the silent protagonist in Zelda even though he never speaks. The game’s inherent narrative loses its illusion, but the player’s theatrical agency is well felt. Mimicry 10/10

• GTA: Vice City is almost ecstatic, but I would cite sandbox games with more interesting physics as getting closer to panic (the first half hour of Goat Simulator, for instance). Is GTA boring? It has its moments of interest, its moments that make us laugh or make us curious. A tough call. I would note the lurid, video gamey lighting of Vice City as heightening its dream-panic quality (at its best, it sings with melancholy). Ilinx 5/10 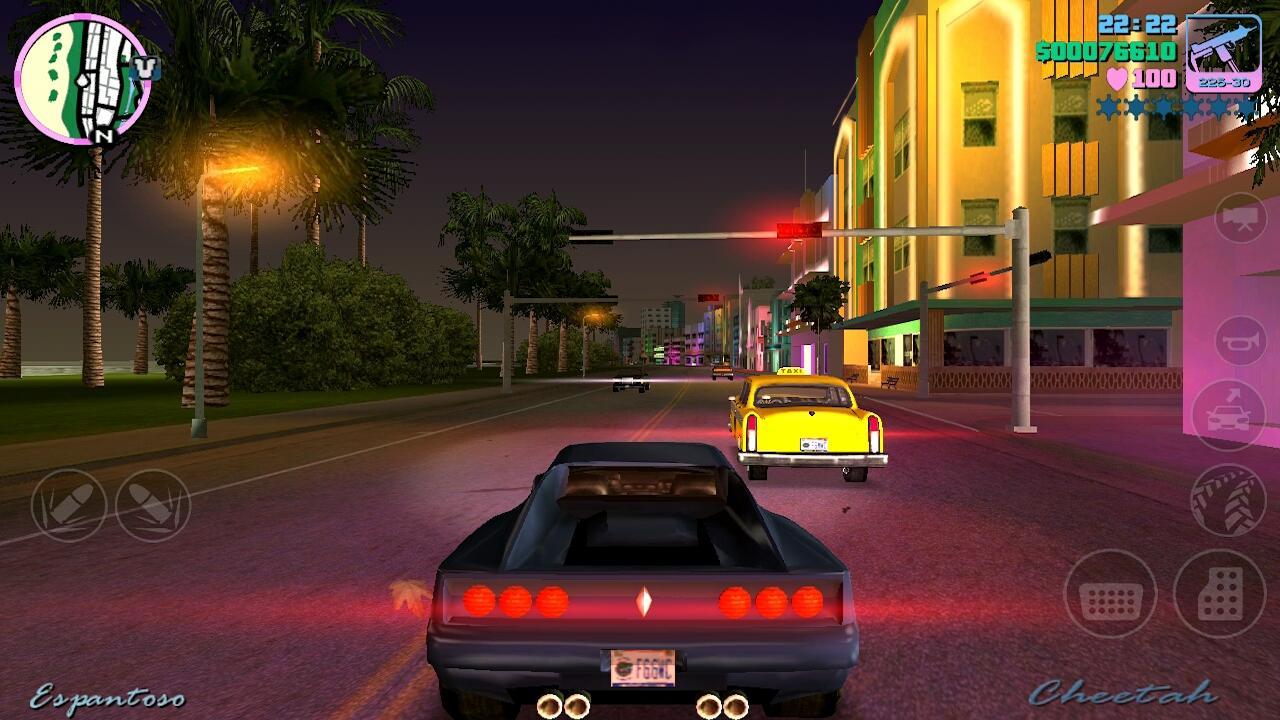 The Sims likewise is a sandbox designed to spark creativity and intrigue. Far more mathematical than GTA, what’s going to happen in the Sims is obvious to the expert player. When a sim is going to get hungry, how many achievements they need to pass in order to feel fulfilled, how much furniture costs, these are all visible equations. There is constant math pushing against the player in the Sims, giving the game a higher, puzzle-like management agon level than GTA (I think).

Have we found a use yet? The core of my goal is reaching a better video game criticism and therefore art criticism. I hold a belief that the value of art lies in how much you can write about it. Unfortunately (?), the canon of criticism is very powerful in its dictation of importance (this is why people write epic think pieces).

We’re using Callois’ language he developed in order to consider games as a sociological phenomenon. When he describes the metaphors of hopscotch, he’s not trying to elevate the holy ground chalk game. He’s just listing facts. Callois uses his language to pass judgment even if this does not seem to be his goal. He cites play that is harmful, destructive play. But he’s not a critic of play, not like Tim Rogers is of games, or Greenberg of paintings, even though I want him to be (the imaginary think piece that describes the metaphors of hopscotch, that elevates hopscotch into the highest game tier, that ends with a score, 9.3, no, 9.4). This would make Callois a lot easier to parse.

Would it be useless to convert a reviewer's scale of ten into a scale of Callois' factors of play? Ocarina of Time is not great because it gets a high agon score, for instance, though maybe the Sims does become great because it has such a high mimicry score. Maybe I could talk myself into believing that a judgment of video games based on these four categories would actually be the most useful thing to do. But how does EarthBound score? How does Space Funeral or Metal Gear Solid 2 score? I ask these questions and give up on this review system.

I do challenge Callois’ language to address metaphor (the elevation toward art, the poetic, or the holy) more clearly. Metaphor is so tangled with play (Huizinga seems to feel urgent about this). Strong metaphors are of agon, mimicry, and ilinx, and especially of paidia. Metaphor is the incantation toward understanding human spirit (yeesh), and of course, play is god. It is far more difficult for us to separate play and art than it would have been for Callois. When I consider art, the first thing that comes to mind is video games (I rub my tired eyes). Callois addresses mask-play, slot machines, but he couldn’t have addressed the explosive combination of technology, graphic and computer design, and the hands of artists of all mediums (he probably wouldn’t have wanted to).

I also challenge Callois' seemingly fit equation that agon and alea are a pair, and that mimicry and ilinx are a pair (in terms of video games). Kaboom! is complete agon and verges on ilinx. It may be one of the most extreme examples. The Sims or Civilization is high in mimicry, but does not hold much capacity for ilinx. Callois is a good read, but I can't promise I am any closer toward the core of video game experiences...

...although, here are some notes to keep in mind: ilinx is affected by both intense gameplay and intense aesthetics (this is important). I don't imagine agon being affected by aesthetics (maybe an effective narrative could heighten agon - I think of Chrono Trigger). Mimicry seems opposed to ilinx in video games, and less but still opposed to agon. Most video games hold alea, but not quite the alea found in Callois (RNG exists in many forms of games, and I would have to investigate further to claim that what is unknown to the player is of alea and not something else - must we take into account both the agon of the player and the agon of the developer-god?).

I retreat into my boy’s bed fortress, reassume my pajama bottoms, close one hundred rtfs. I hold the belief that the more one writes criticism, the more there is criticism in the air, the better the art will become. Criticism holds games accountable to be better. It challenges them to grow.

I won’t twist his concepts to prove something about the Water Temple.